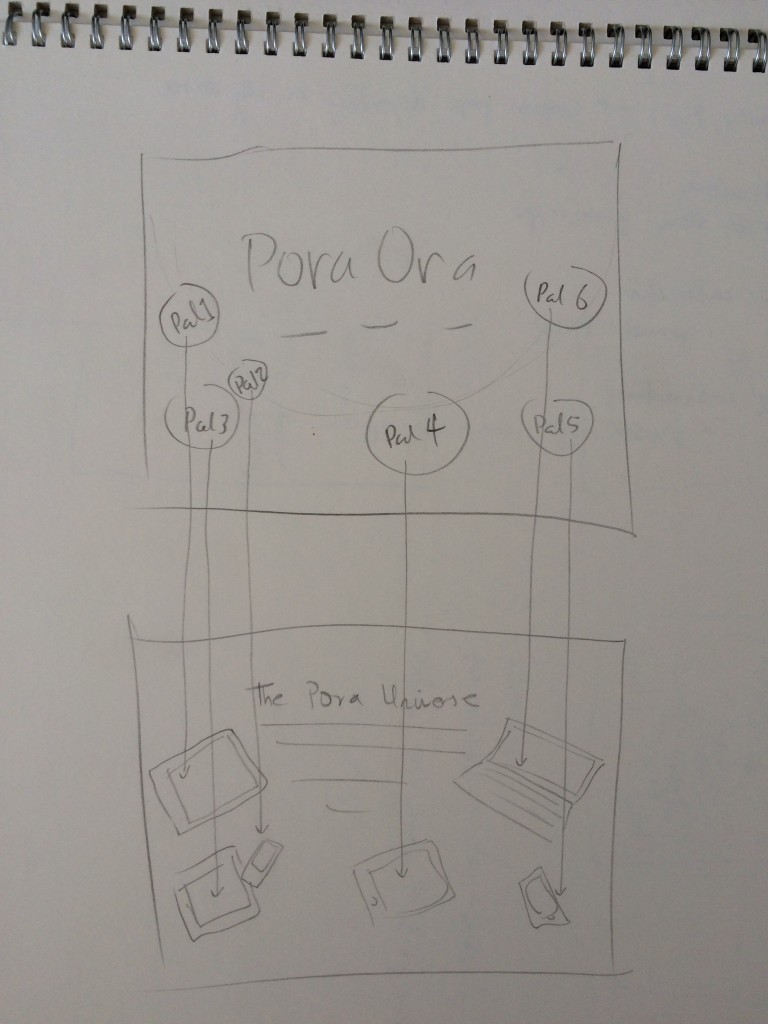 This was originally an internal blog post, discussing the concept for our previous homepage at Pora Ora.

We’ve spent a week or so going back and forth on our homepage concept and, in a sense, the wider concept of Pora Ora. What has bubbled under the surface and eventually become clear in my mind is something I’d like to try and articulate here. Get ready for some philosophical fluffery…

The “opening scene” or the initial screen the visitor sees depicts “Pora Ora”. This is the universe or world that the Pora Pals inhabit. It is an epic world, brimming with colour and fun and, yes, somewhere under the surface, learning. This image communicates the brand, sets the scene and absolutely wows the visitor.

On scroll, the visitor is transitioned from this scene to the next. Some of the Pora Pals from the original scene remain on screen while the rest of them transition off, along with the opening image of Pora Ora. The remaining pals fall into a new scene – where they land on/in some devices which are scattered about.

But what is this new scene? Well, in a way, the second scene is the first scene. They are one and the same. What we are doing is stripping away the illusion of the fictional world of Pora Ora, to reveal the “reality” of that world and how it works. We get to see the first scene through a different lens, by stripping away the scenery. What we’re left with is our own world. Reality. Where we’ve been all along.

The first scene is the fictional world, Pora Ora. The second scene is our reality, and it reveals how that fictional world is held together under the surface. And within these two parallel worlds (which are different views of the same world), it is the Pora Pals which act as the connecting element.

Let’s flip it around and think about what we have here in reality, as a starting point. We have a bunch of games being played across a set of devices. Within these games, connections are being made. Races are being raced. Spells are being cast. Battles are being won and lost. Pals are interacting, fighting, winning, losing. There’s a massive dragon to unlock. There’s always a dragon.

And, now, look around; we’ve arrived in Pora Ora. 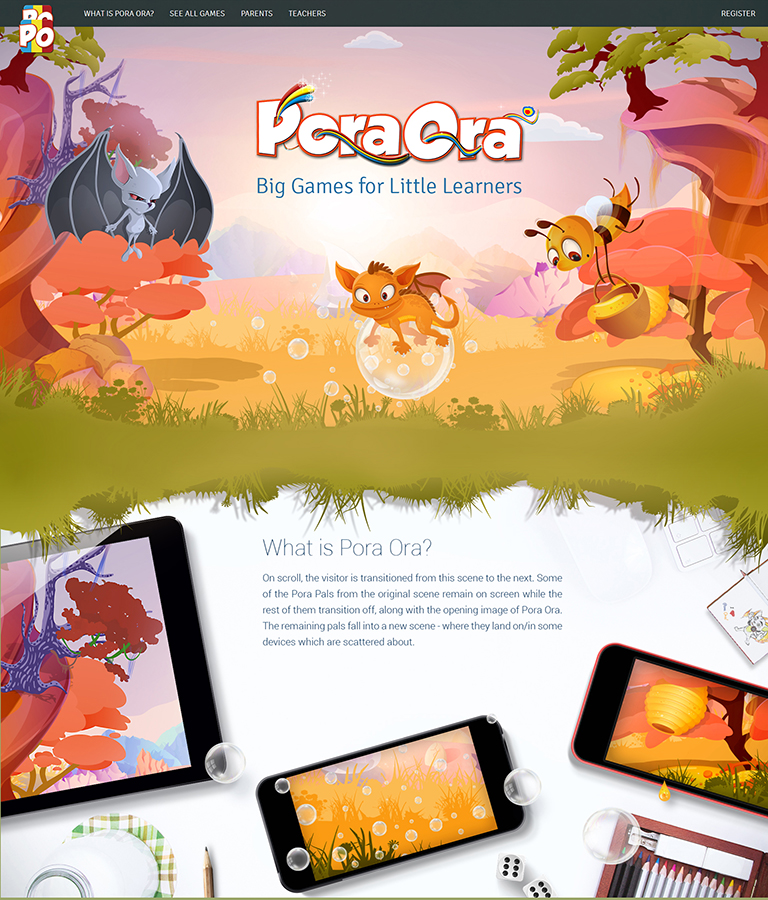